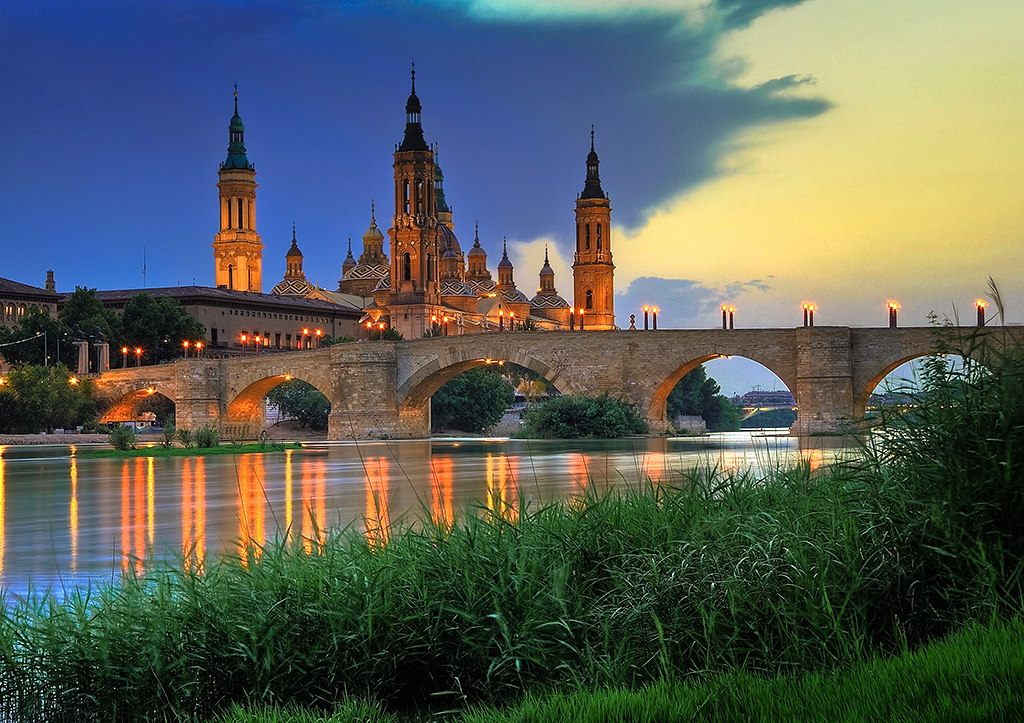 The city of Zaragoza is located at an altitude of 240 metres above sea level, on the right bank of the river in the Middle Ebro Valley. The 2001 census placed its population at 614,905 inhabitants, making it the fifth largest city in Spain. Founded by the Romans 2000 years ago, Zaragoza has a rich heritage that reflects its long history. Its Iberian, Roman, Muslim and Christian past have each contributed their part to making it the beautiful and surprising city it is today. Stroll quietly through the old quarter of the city and discover its many hidden gems. Then allow yourself to be surprised by the bustling atmosphere of its shopping areas, and avant-garde trends. Do not forget to save some time for the best tapas bars in Spain or sample one of its many high-end Zaragoza restaurants. If you can spare some additional time, Zaragoza is the capital of the Aragon region, together with Castilla they reflect the real flavour of inner Spain. Only two hours away from the Pyrenees, and in the centre of the Ebro Valley, the opportunities for nature-loving escapades are also plentiful.

Conference dinner
The conference dinner will take place on October 17th, 2019. It will include a traditional musical performance during dinner and after-dinner party.

The Cenference Dinner will be held at:


How to reach
please read this document